At a time when women were almost considered second class citizens, nine Slovak immigrant homemakers, under the leadership of Mrs. Anna Hurban of Cleveland, Ohio, began laying the foundation for a fraternal benefit society: the First Catholic Slovak Ladies Union (FCSLU). These women realized there had to be provisions made for death and injury benefits that would protect families from the hazards and toll of industrial labor. With the encouragement of Father Stephen Furdek, Mrs. Hurban assembled eight other Slovak women on January 1, 1892 at St. Ladislaus Church in Cleveland.

Many members were recruited over the next few months, fifteen of whom wrote a set of bylaws and chose St. Ann as their patroness. By year end, the organization had grown from $77 in assets and 9 members to $212 in assets and 95 members.

By 1899, the Society had 1,859 members who paid 14 cents a month at any of 83 branches. But to attract even more people, a legal residence had to be established. On October 29, 1899 the FCSLU charter paper was filed and recorded by the Ohio Secretary of State. This charter allowed the Society to function under Ohio’s fraternal code and gave the Society domiciled status. From 1893 to 1915, assets averaged an 86 percent increase biennially.

But in 1918, a flu epidemic claimed the lives of many FCSLU members. Fearing bankruptcy, the delegation decided to start from scratch and elect a new administration. The new servants set off to restore the confidence of the 30,000 members who were insured for $27 million. A new table of rates was put into effect in 1923, prompting 3,000 members to withdraw their membership. But by 1926, the undesirable effects of the rerating had passed, and Society was able to claim assets of $4.2 million.

In honor of the Society’s 35th birthday in 1927 a celebration was held in Cleveland with about 8,000 members, dignitaries and friends attending the various festivities…including a 6,000 person parade through the streets of downtown Cleveland! Mrs. Hurban herself was in attendance, and a ceremony was held in her honor. Sadly, Mrs. Hurban died in Cleveland the following year. Records show that her funeral was the largest ever held in Cleveland up to that time.

For efficiency purposes, it was decided that the records and business transactions should be moved out of private homes and into a central office. To that end, on December 10, 1929, the cornerstone of the first home office was laid and blessed. The 4-story brick structure was completed on July 5 of the following year.

The 1930s saw a lot of activity. To deal with the Great Depression, waivers amounting to about $6.00 a year were granted to destitute families that had Junior Order members. On June 19, 1933, President Frances Jakabcin died unexpectedly at the age of 60. Known as the “savior of FCSLU,” Mrs. Jakabcin had acquired a reputation of being a very forceful leader, and her term of office is now recognized as the highest step forward for the Society. Mrs. Jakabcin was replaced by Helen Kocan, who led the $34 million insurance company through the trying post-depression years.

In 1942, the Society celebrated 50 years of fraternal service with $12 million in assets and 65,000 members. The Cleveland Slovak Union merged with FCSLU in 1945, and 1947 saw the beginning of one of the more popular convention events; the Pageant. This coronation ceremony honored the highest sellers in both the junior and senior departments. The winners were escorted through the audience onto a stage and presented with a gift. The Pageants continued for many years, and top recommenders are still honored in a similar fashion.

One might say the decade of the 50s brought some significant long-range changes for the Society, namely the Slovak-American Cookbook, plans for a new home office and home for the aged, and the onset of a scholarship program. In 1954, the Society increased its assets $1.15 million, the largest increase for any previous year. It also added 1,656 members, 75% of whom joined the Junior Order.

When President Kocan died at the age of 78 on April 1, 1964, this remarkable executive and great Slovak and religious leader was replaced by Mrs. Elizabeth Lipovsky. Mrs. Lipovsky’s promotion techniques ushered increased sales efforts and improved relationships with the youth. Under her leadership, the first term plan of insurance was put into effect to entice members to enroll their young children, and a three-year insurance campaign was launched in anticipation of the Society’s 75th anniversary. This campaign resulted in an increase of $4.2 million of new insurance. In the late 1960s, the Society’s name was changed to the First Catholic Ladies Slovak Association. This change was made to avoid confusion in banking circles with labor unions and with other fraternals using “union.” The 60s also brought several mergers to the Society, including the Slovak Catholic Cadets Union, the Catholic Slovak Benefit Organization of Cleveland, and the Catholic Slovak Brotherhood from Braddock, Pennsylvania.

For FCSLA Life, the 1970s would become a stepping stone to an era of change and progress. As part of a revitalization effort, branch and district officers for the first time were given the advantage of attending regional seminars. A drive to revive then Junior Order led to three Youth Congresses that were held to inspire youth with pride in their heritage and enthusiasm for their membership in FCSLA Life. This emphasis on youth led to a policy decreeing that national officers must retire by 70 years of age. In later years, by-laws were written to remove the age stipulation.

President Lipovsky retired in 1975, handing over the reigns to Ms. Louise Yash who would serve as president for the next eight years. During her term of office, the Association’s assets reached $80 million and insurance in force to more than $236 million.

The 75th anniversary of Junior Order was commemorated in 1980. This year also marked the beginning of a decade in which insurance sales soared to new heights. For the first time in the Society’s history, three recommenders were honored for selling $1,000,000 of insurance in one calendar year!

When President Yash retired in 1983, Ms. Anna S. Granchay stepped into the role. Ms. Granchay oversaw the most progressive stride for the Association when it entered into the annuity market in 1989. With no medical requirements and no age limit, the annuities have proven to be an excellent investment and membership booster.

One might say the second hundred years for the Association started with a BANG. Fireworks, indeed, rang throughout the Slovak nation and in the heart of every true Slovak, for on January 1, 1993, the establishment of an independent and democratic Slovak Republic came into existence.

As FCSLA Life entered its second century of operation, its new leadership brought with it a new professionalism. Starting January, 1996, with President Mary Ann S. Johanek at the helm, FCSLA Life introduced its first multi-media marketing campaign. Its very first initiative comes to you today as you browse our website. Other market initiatives include Product Sales Seminars, Product Promotions, and a Corporate Product Sales Video.

Changes in the association’s corporate structure has allowed FCSLA Life to strengthen its competitive position in the fraternal insurance market. First, there was the formation of an internal National Accounting/Finance Department, headed by National Treasurer, John M. Janovec. Having the accounting and financial functions in-house allows the association to make on-going financial decisions and real-time adjustments to provide FCSLA Life with a productive and secure investment portfolio. Second, was the formation of an internal Marketing Department. With a focus on membership trends, the association strives to continue to provide the right products and services to its members.

Not all changes have been internal. FCSLA Life has expanded its influence by joining with other fraternals in sponsoring joint events, contributions, and activities.

To the new FCSLA Life….securing the future, one member at a time. 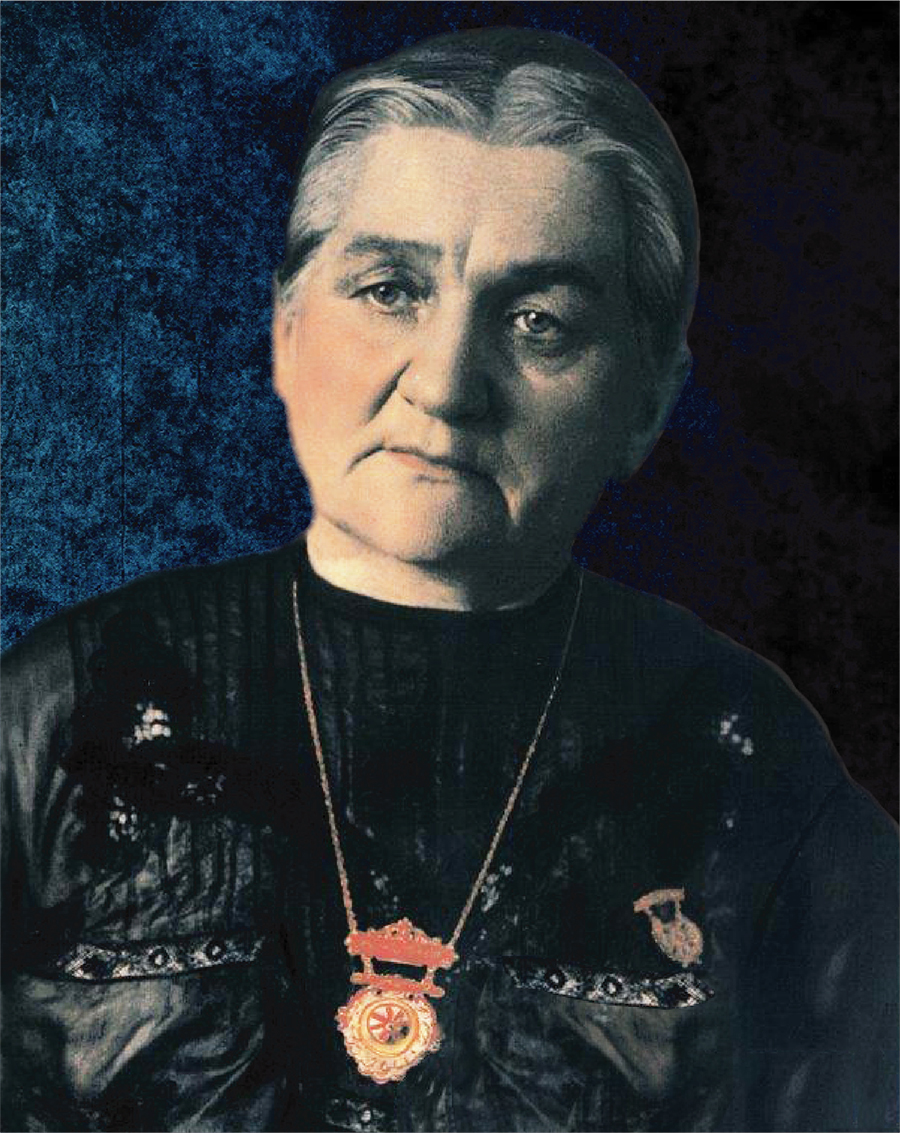 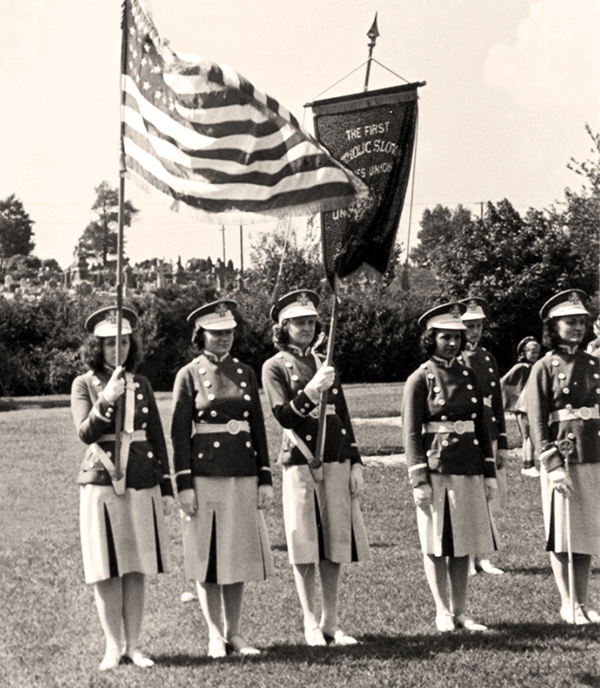 Even today, the drill teams of the 1930s and 40s are recalled with fond memories as one of the Society’s most rewarding activities.

Officially organized in Cleveland on July 11, 1934 by Joseph Matuscak, the teams sought to engage younger members in the philosophy and work of the Society. The first team had 88 Senior Order ladies who sported the bright, military-style uniforms. And by 1937, 500 girls competed in the first national FCSLU drill team at the St. Louis Convention.

The drill teams were a bright promise for the future of the organization. By 1942, about 3,000 young ladies belonged to the 32 Senior Order and 23 Junior Order teams. In that year, 770 girls highlighted the Society’s 50th anniversary celebration in Cleveland by competing in the third national meet.

A sense of post-war apathy led to the ending of the program in 1948.