From the Desk of Our National President / CEO: Cynthia M. Maleski 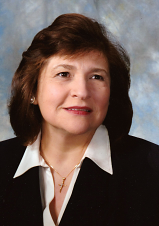 In the month of June, we honor our fathers and those who serve as fathers to us. Additionally, let us fly our American flag on Flag Day and reflect on this proclamation:

By Act of Congress dated August 3, 1949, June 14 of each year has been designated National Flag Day, and

On December 8, 1982, the National Flag Day Foundation was charted to conduct educational programs and to encourage all Americans to Pause for the Pledge of Allegiance on National Flag Day, June 14, and

By Act of Congress, Public Law 99-54 was passed to have the Pause for the Pledge of Allegiance as part of the celebration of National Flag Day throughout the nation, and

National Flag Day celebrates our nation’s symbol of unity, a democracy in a republic, and stands for our country’s devotion to freedom, to the rule of law, and to equal rights for all,

NOW, THEREFORE, as National President, I, Cynthia M. Maleski, do mark June 14, 2021, as National Flag Day and urge all members of First Catholic Slovak Ladies Association of the United States of America, FCSLA Life, to pause at 7 p.m. Eastern Time on this date for the 39th annual Pause for the Pledge of Allegiance to the Flag of the United States of America and to our great nation.